Inside the Hunter’s Journal 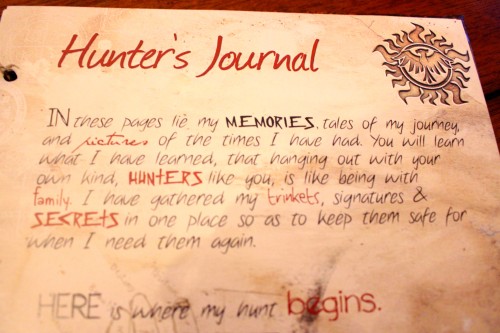 Inspired by Supernatural, THIS is where your hunt begins!

Last night, we took a few new photos of the inside of my Hunter’s Journal. Inspired by Supernatural, the journal has pages to stick all of your con momentos from Comic-Con, a Supernatural Convention or any show you go to. Take a look at my pages for some ideas on how to create your own pages. Honestly, it takes me only minutes to do this. We specifically designed these books so you can just grab some double sided tape and a Sharpie to quickly stick your stuff right on the pages! It’s like a smashbook for your con stuff 🙂 Get yours now for SDCC HERE. 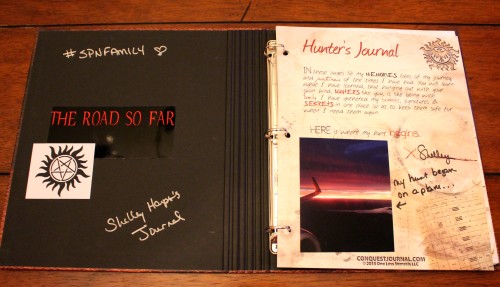 Love the silver Sharpie on the inside cover 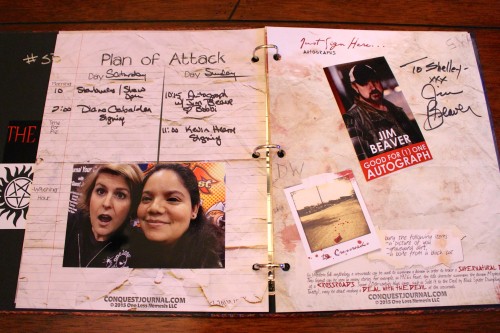 Your plan of attack! Keep track of your schedule 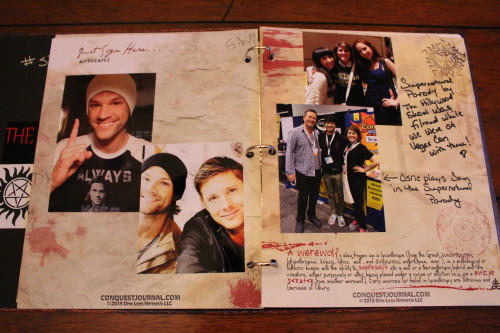 Stick anything you want, write notes on the pages 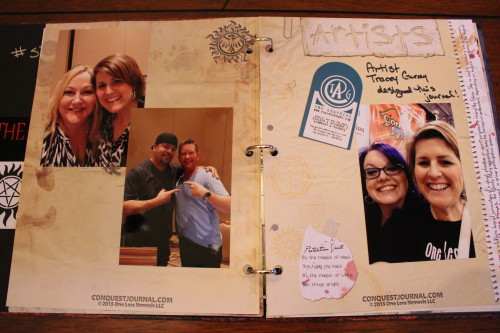 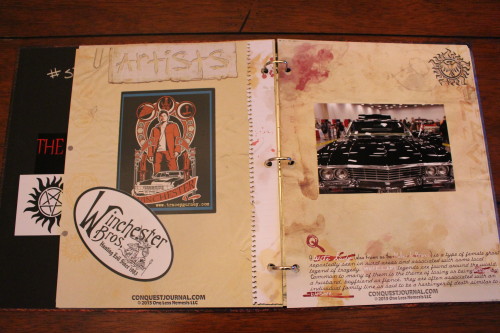 Stickers, artwork, business cards, ticket stubs can all be stuck in your journal, instead of staying in your backpack 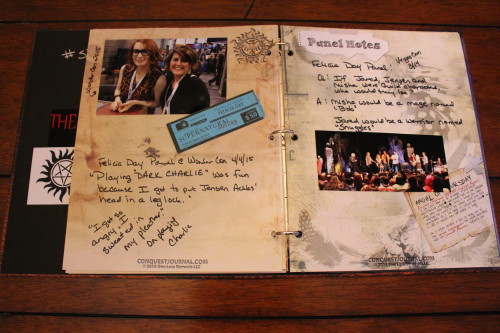 Write down the best quotes when you’re in a panel 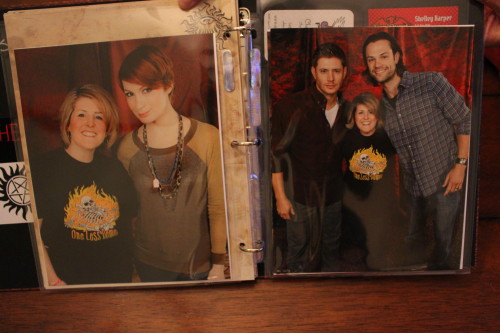 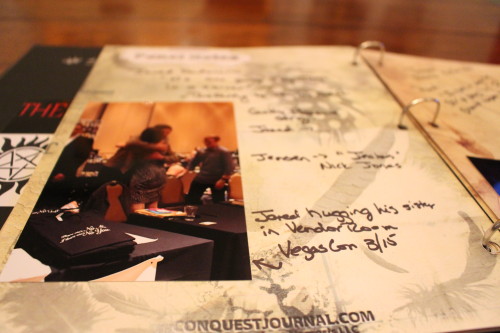 You now have a place to show off those unbelievable moments