The Mary Sue’s Review of our Con*Quest Journal

Written by Shelley Harper on April 10, 2015. Posted in review, reviews 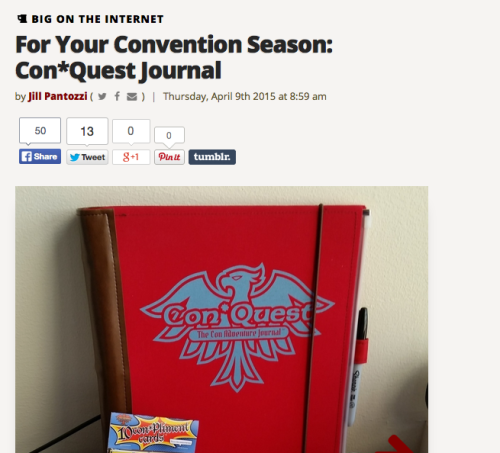 Photo credit to: Jill Pantozzi at The Mary Sue

When you send your product out for review, it’s a bit nerve-racking. It’s a little bit like sending your kids off to school. You love your product and think it’s fantastic, but how will it do out there? Will the people who get it love it as much as you do?

Through a fantastic Twitter exchange, I was introduced to The Mary Sue’s Editor in Chief, Jill Pantozzi. I sent off a journal to Jill and hoped that she liked it. Yesterday the post went live and YAYAYAYYAYA! She said “The creators of Con*Quest Journal sent us one to try out, and while I haven’t been to a convention with it yet, I can highly recommend it for the avid con-goer.”

Read the full post HERE. I’m so happy and proud that one of the most respected geek culture sites has recommended our journal. It makes it even better for me that it’s a site founded on the values of smart women. As a women who was raised by a mother who owned her own small business, and as someone who has marketed toilets, cable, machine tools, and Twilight conventions, it feels awesome to see my baby fly.

We are so outrageously happy and excited to announce that we have signed a license agreement with Gen Con® to produce a Gen Con branded Con*Quest Adventure Journal™, tote bag, mini journal, and tabletop gaming pages! The full press release is on our website HERE.

During last year’s successful Kickstarter campaign, we were so blown away from the fantastic support we received from the Gen Con gaming community. And during the show, we had backers and customers who shared their pages with us and how they used their Con*Quest Adventure Journal™ to take demo notes, doodle, get autographs and generally make it fit their experience. We knew we could take it a step further by creating a new journal just for them. That’s what we set out to do. 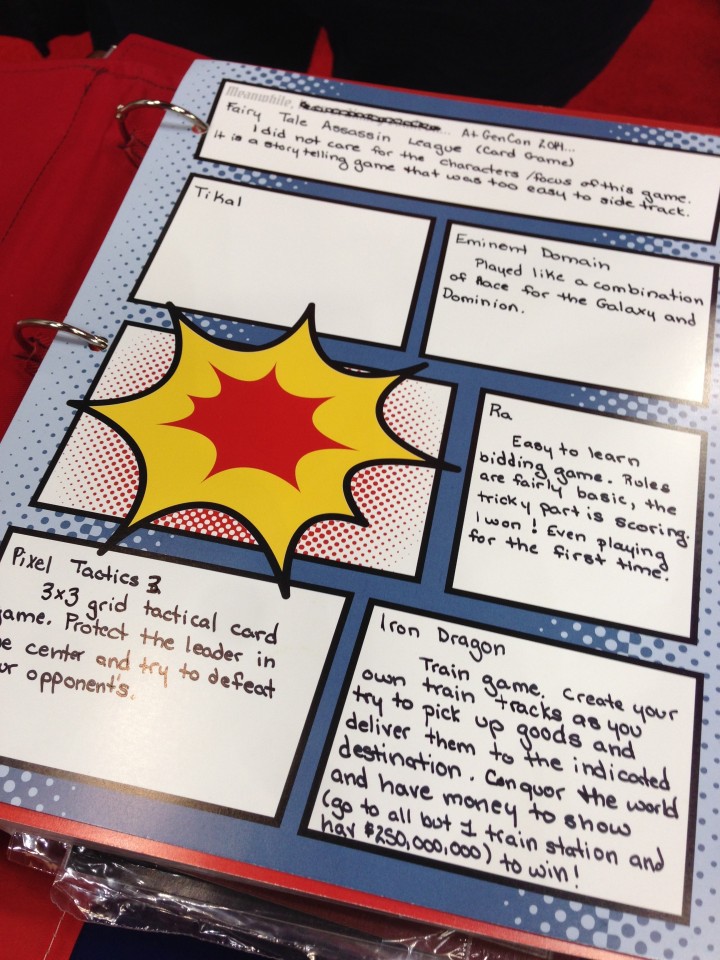 We will be designing a special custom canvas cover, featuring the Gen Con logo, along with long handled tote bag, Con*Panion™ Mini Journal and new inside journal pages.

Over the next few weeks, we’ll be reaching out to the tabletop gaming community, our customers, our backers from last year and pretty much anyone who will listen to get feedback and design these new journal pages that will become a valuable tool for attendees at the show. We can’t wait to get started and we are SO EXCITED to be working with Gen Con to make this happen.