Inside my second Road So Far Hunter’s Journal

Written by Shelley Harper on January 24, 2016. Posted in craft

We started our first Road So Far Hunter’s Journal at Phoenix Comic Con when we debuted our new fandom inspired journals. You can see my video walk-through here. We filled it up and I was so lucky to get my final autographs to complete it at the Creation Entertainment Supernatural Jacksonville convention. LOOKEY! *gasp* 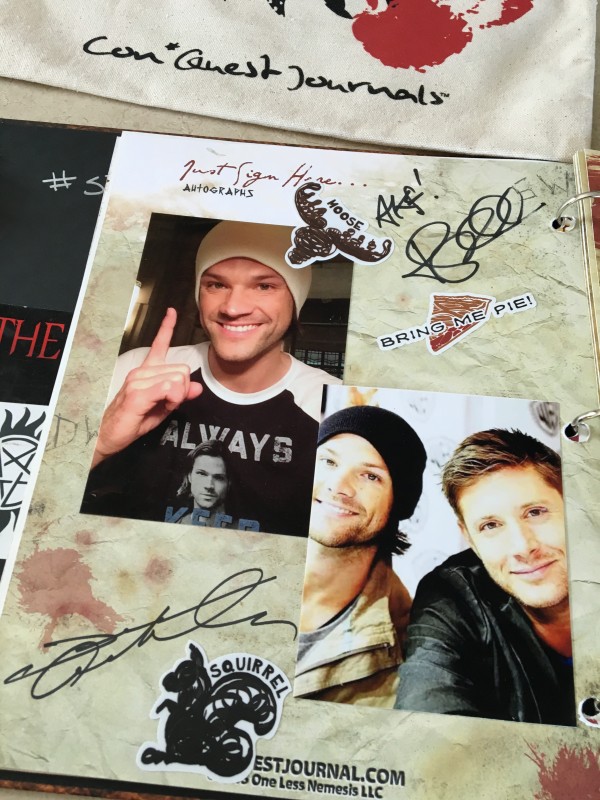 I babbled like an idiot to Jared and barely spoke to Jensen. #fail

I started our second Hunter’s Journal in Pasadena and filled it up in Jacksonville. Each journal I do is a little different and I made sure to fill a page with signatures from the Jaxcon peeps! This is something I want to do at every show.

Below are shots of all of my new pages. I love them so much! Some people say “This must have taken you a long time!” The answer is honestly no. I will take my journal into one or two panels, jot down my favorite things they say while I’m sitting there, take a few photos and then it’s ready to go! That was our goal with these journals, to just jot your stuff down, stick you convention photos, ticket stubs and stuff on the pages and bam – you’ve got this great book that only took a few minutes to put together! 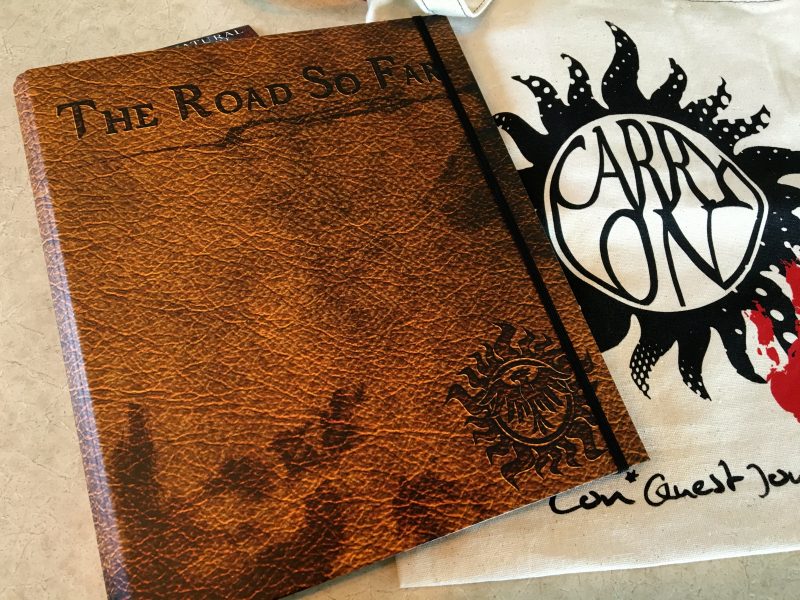 My journal and our new Carry On bag 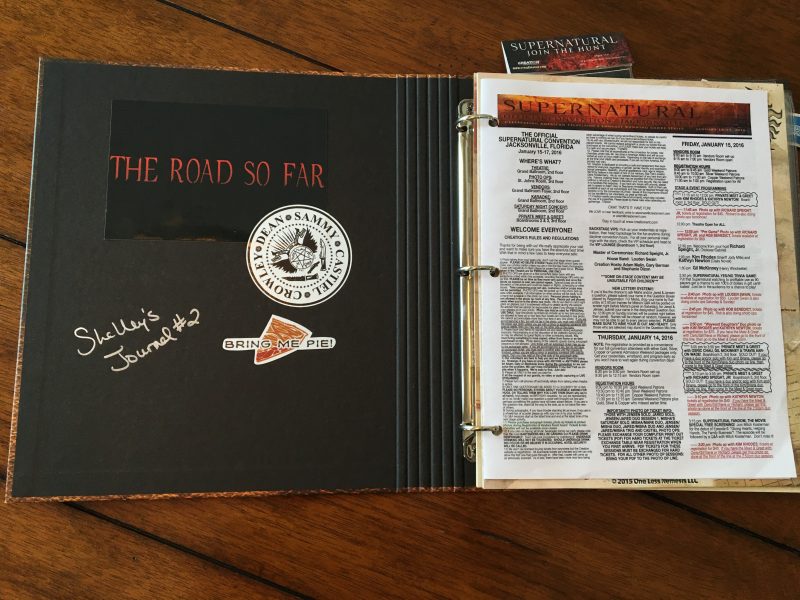 I want to add more to the inside front cover. I love using Silver Sharpie! 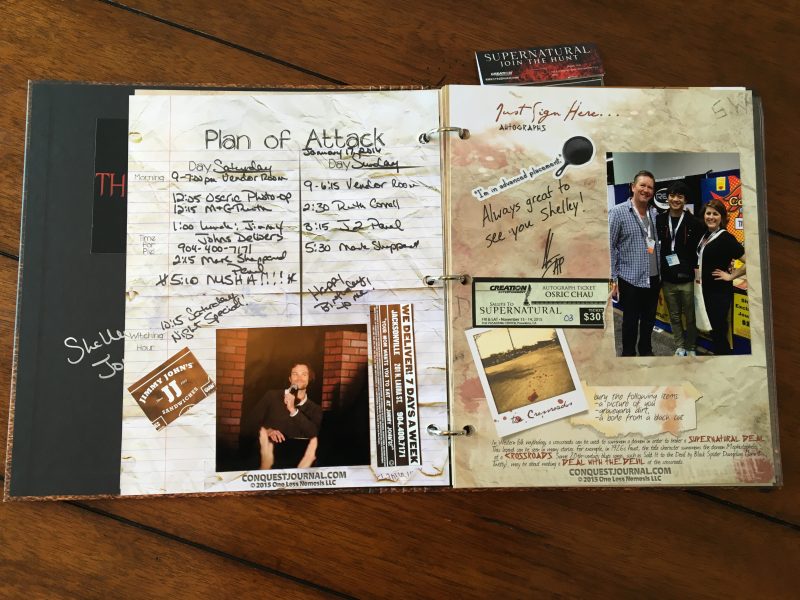 I added our Jimmy John’s menu and phone number to our schedule page! 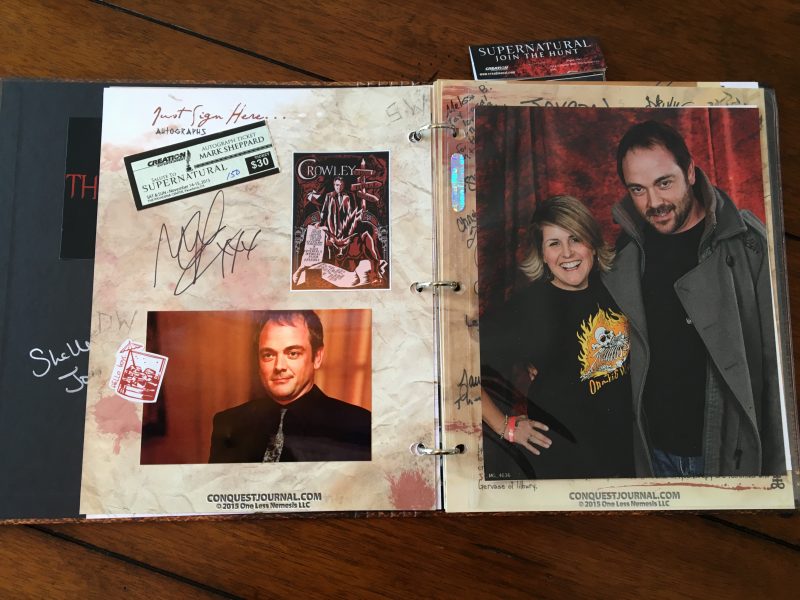 My Crowley spread! You can move the pages and sleeves around to make different spreads 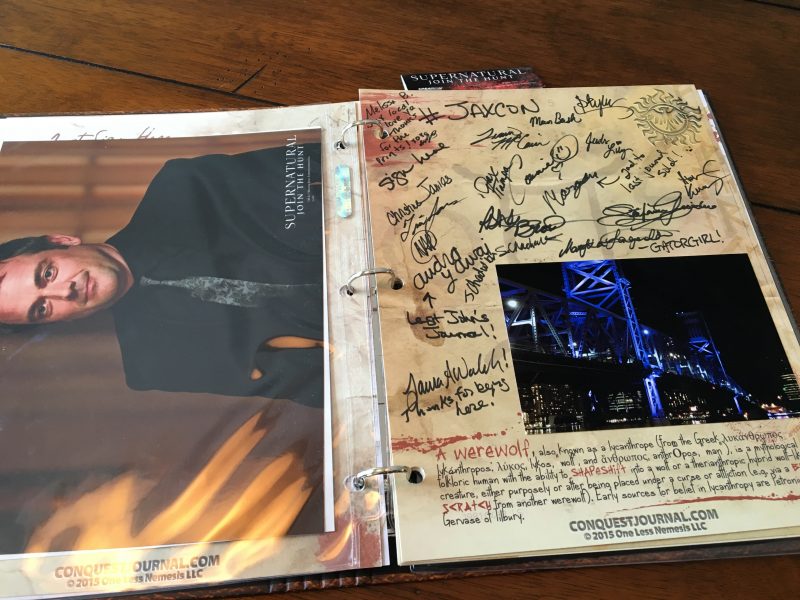 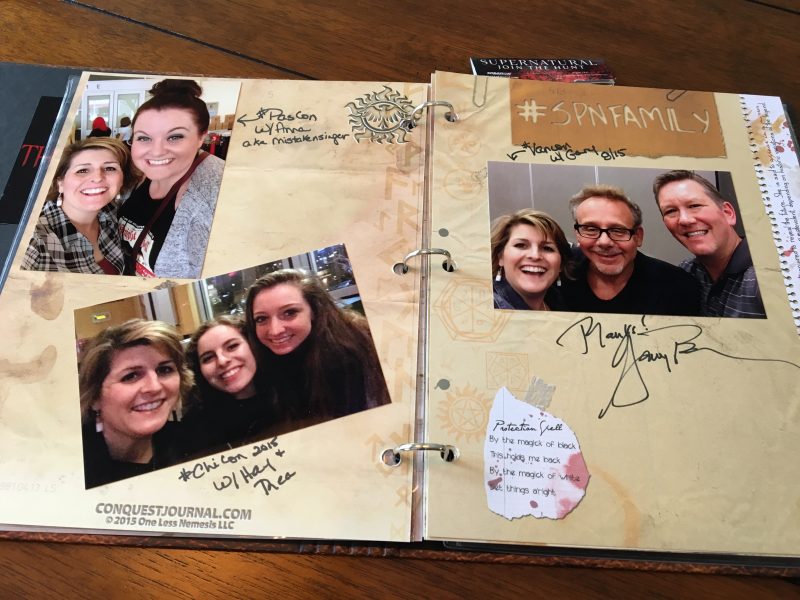 Our SPN Family pages start with family and friends <3 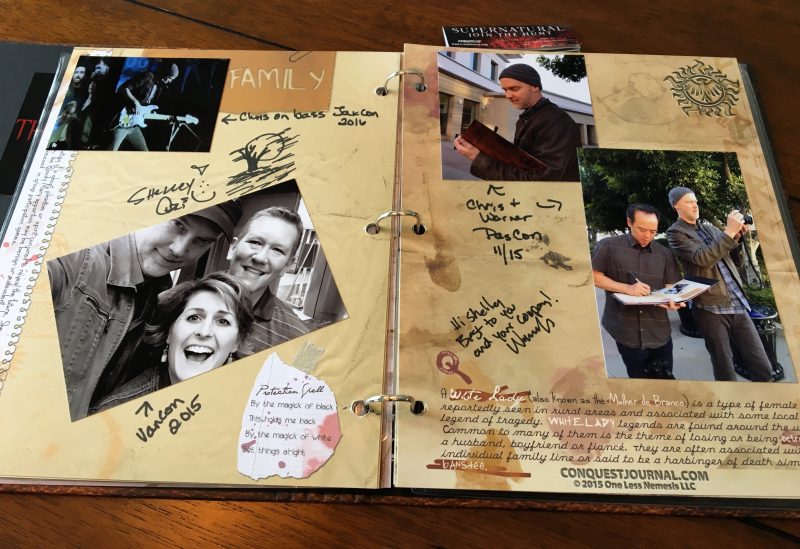 Don’t let anyone tell you the photographers aren’t rock stars in their own rite. 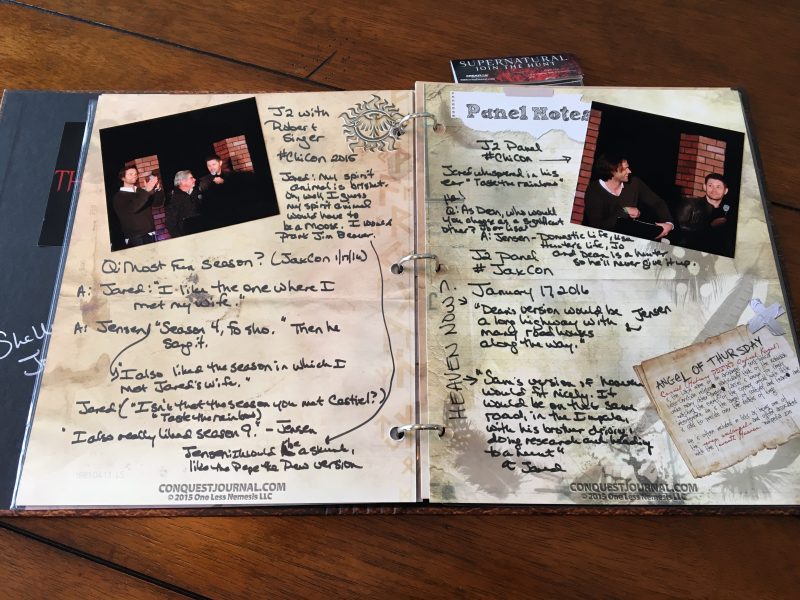 One of my favorite parts of our journals are the Panel Notes pages. It’s so fun to write down and remember funny quotes! 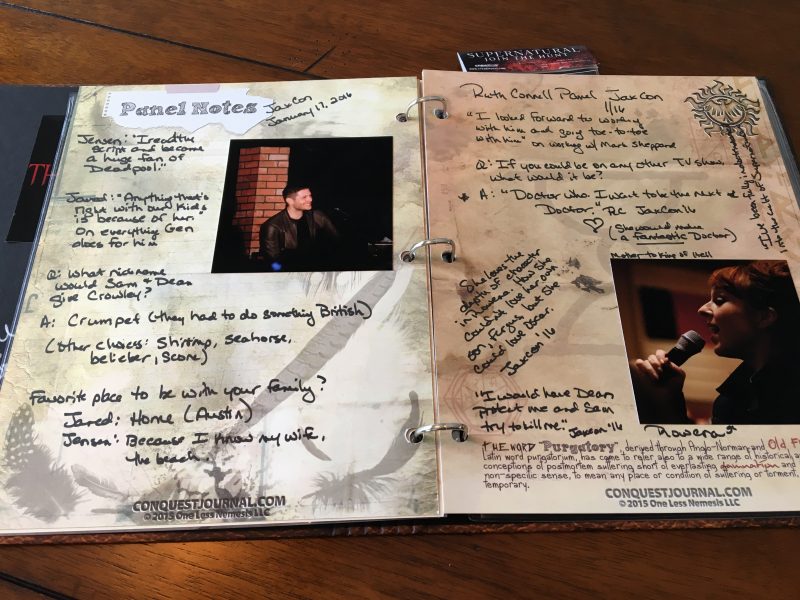 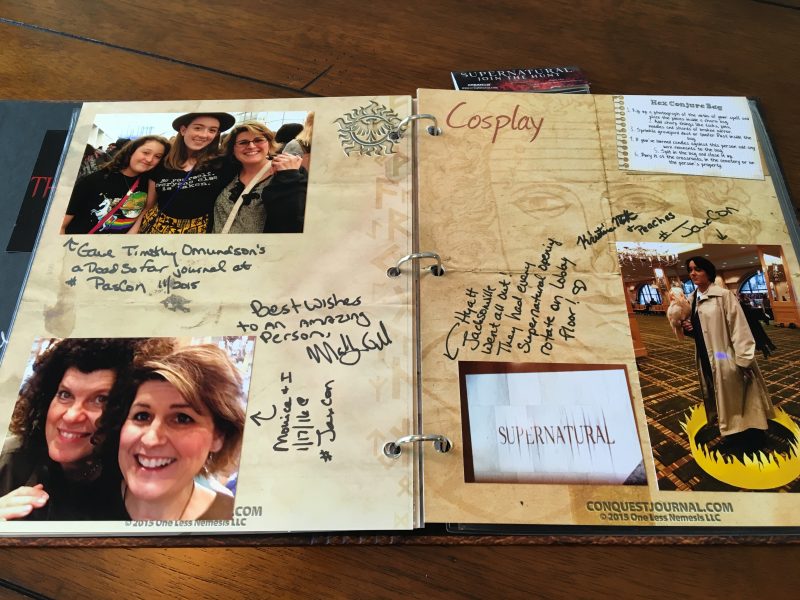 I add pictures from different conventions. The top one was taken at PasCon and the other two were from JaxCon. 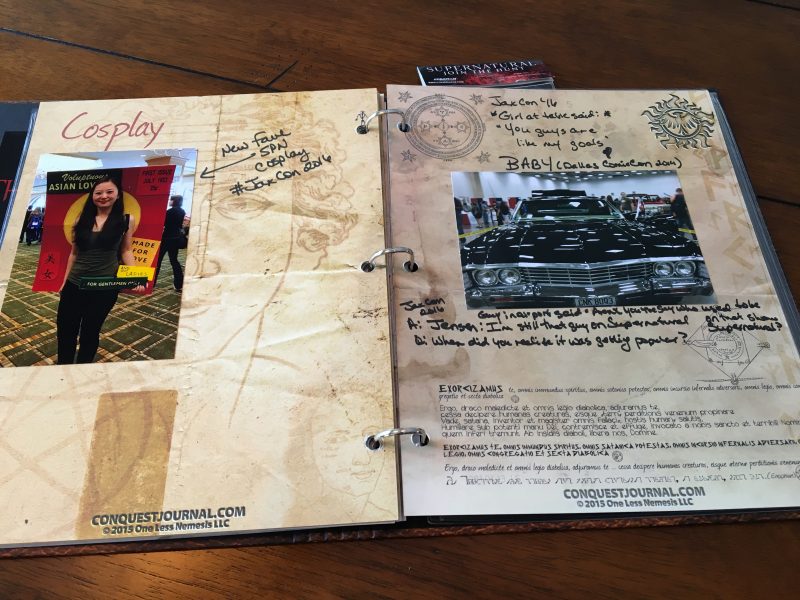 I have room to add more, I need to take some costume contest pictures! 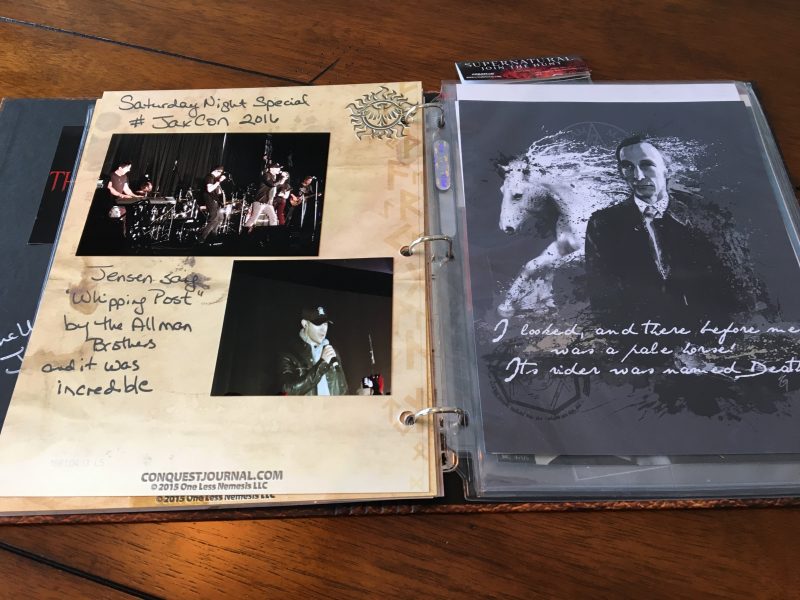 I dedicated my last page to the incredible Saturday Night Special concert! 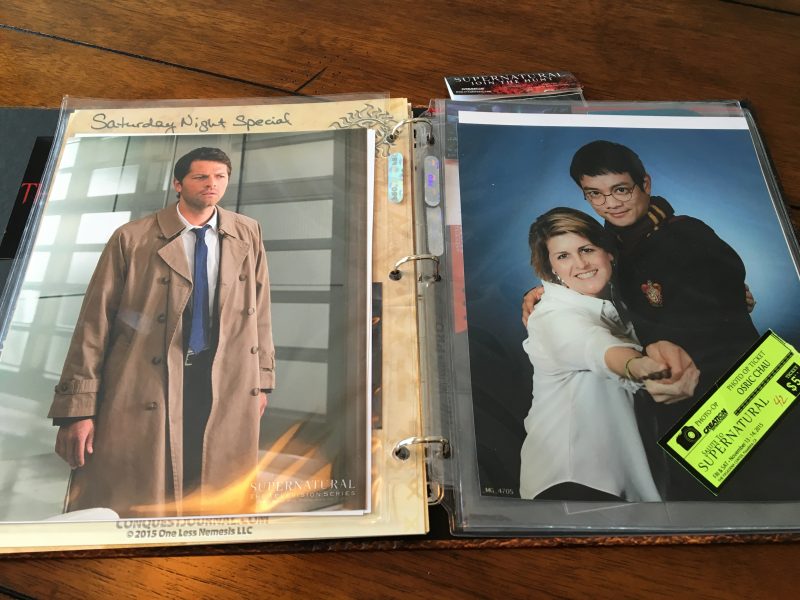 I added my photo-op with Osric along with some of Creation’s 8 x 10 stills. 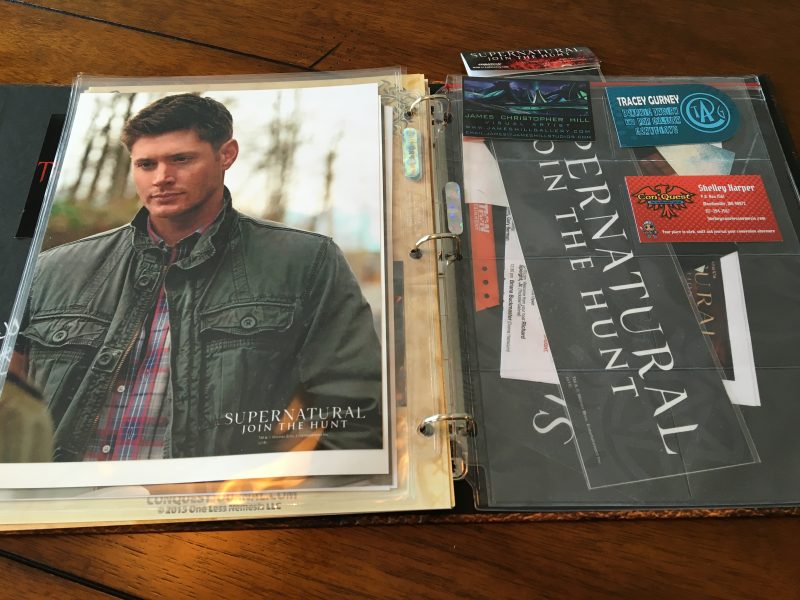 I also use one of our zipper pouches to collect the stuff I want to stick on the pages later.

These are just my ideas, you can do anything you want with your own pages! Move them around, stick stuff anywhere, that’s what these are made for!

If you want to have one of the most intimate, memorable and amazing experiences with the cast of Supernatural and the SPN Family, you’ve got to go to Creation Entertainment Supernatural Convention. They are such special events!

If you have questions or ideas, comment below, I’d love to hear them!